Lima is a Peruvian restaurant run by Virgilio Martinez. It’s not a cuisine that I am really familiar with and always keen to true new adventures, I decided to visit Lima on a Friday night. Nestling between Oxford Street and Tottenham Court Road on Rathbone Place, it’s not a restaurant that stands out and I almost walked past it. Inside the decor is modern and clean with mirrors everywhere. The wait staff are very helpful and explained every dish in detail.
I started with a cocktail called a Chilcano. This contained Luna Pisco (a Peruvian brandy), Lime, Sugar, Ginger Ale and Angostura Bitters.Very nice, refreshing and slightly bitter, it felt good on the palate.

The delicious bread was made of corn and asparagus and came with a yoghurt, lemon and chilli dip.

We were also served an amuse bouche of quinoa with creme fraiche, which was okay but not overly flavoursome.

Starters were scallops with yellow aji pepper, muna mint and corn – a lovely flavoured dish but the scallops were thinly sliced and I would have preferred them to be left a larger size. 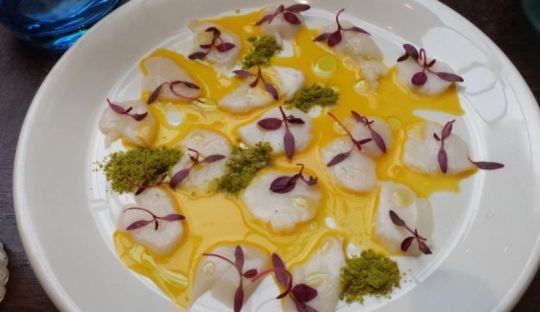 We also had tuna ceviche with tigers milk (a citrus fish marinade). chilli and red onion – a real treat for the senses – this dish was a favourite. 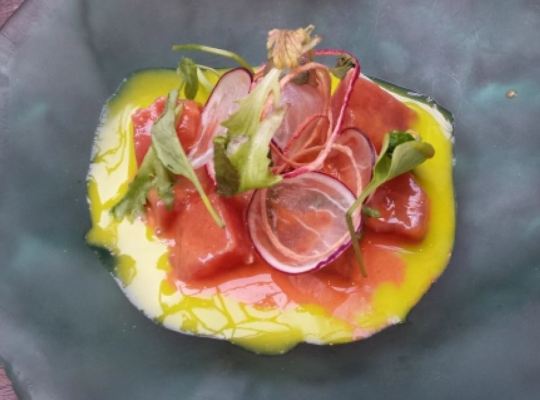 The best dish was main course Beef Pachamanca with Black Quinoa and Cusco Corn. The beef was really flavoursome with a lovely marinade, and the corn croquette topped with queso very tasty. 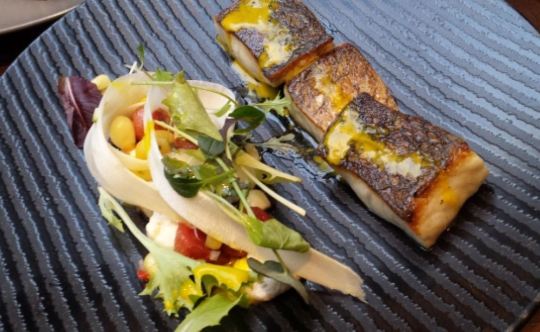 Chocolate Mousse (Cacao porcelana) which was rich and luscious with cinnamon cream and blue potato.

What a wonderful introduction to Peruvian food. I can’t wait to return to Lima. It also has a Michelin star I note – well deserved. 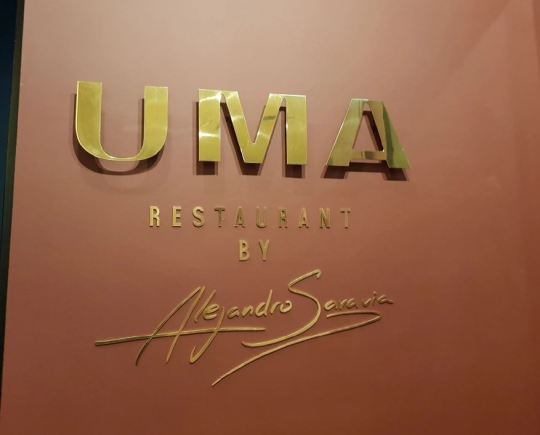 At the Lobby Level of Perth’s Pan Pacific Hotel sits Uma, a Peruvian restaurant and bar, and we chose to dine in the restaurant – it was somewhere that we had wanted to try for some time.

We were met by Eric, a charismatic sommelier who we know from Co-Op Dining, and he recognised us which was nice. Charming as ever, he seated us, chatted for a while and suggested a Pisco Sour to start which was absolutely cracking. The citrus burst and the hint of warming brandy-style backdrop was a mouthful of pleasure, complete with three drops of bitters on top.

Next, a Peruvian waitress explained the dishes to us and suggested, two small plates, a larger plate and some vegetables. We already knew that we wanted to try the ceviche, so we chose the ceviche Peruano, which was kingfish with leche de tigre (the citrus marinade), charred sweetcorn and caramelised sweet potato. This was delightfully good, and the star of the menu.

We also chose alpaca croquettes with a fermented chilli sauce. Alpaca is a bit like beef cheek – a rich meat, and the chilli sauce was a great accompaniment. 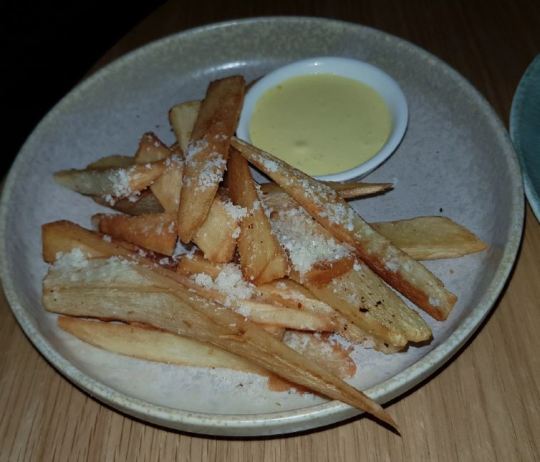 For the main dish we chose slow braised lamb shoulder with adobo sauce, heirloom carrots and shallots. We also chose Salpicon de vegetales to go with it, a medley of vegetables on pureed quinoa. Together they made a hearty main with plenty of lamb meat to share, and lots of nice textures and flavours.

We finished with picarones – sweet potato and pumpkin doughnuts with roasted quinoa ice cream and fruit molasses. A case of vegetable meets dessert, not overly sweet, but with some good unusual flavours.

We also chose some Alfajor Peruano, corn shortbread with Peruvain caramel. They were like the lightest and shortest melting moments you have ever tasted with sublime gooey caramel – a really good dessert.
We left the restaurant with happy tummies and good memories – it’s a great place to try something different. Elegant and friendly, Uma is a star in the CBD.