Heirloom is a restaurant in the swish Fraser Suites in East Perth. Pete Evans is apparently the executive chef, but I’m not so sure that he has seen the latest menu.
We were directed to a nice table near the window, and given the menu which is extremely limited and quite ordinary. The kind of menu that I love is one where I can’t decide what to eat because everything sounds so delicious. This menu was the opposite. I struggled to find something that appealed to me. Appetizers were bread and dip, or olives with chorizo, hmm not that inspiring. Small plates were calamari, chicken and avocado tacos, arancini with prawns, duck leg salad or falafel. We ordered drinks while we deliberated over the best option.
I asked for a mocktail, and the very helpful waitress Nicole showed me a choice of two. I picked a lychee version only to be told that they had run out of lychees but the barman would make up a coconut version. I ended up with coconut water containing a few sprigs of mint, lots of cucumber, and a hint of lime. It was plain weird. 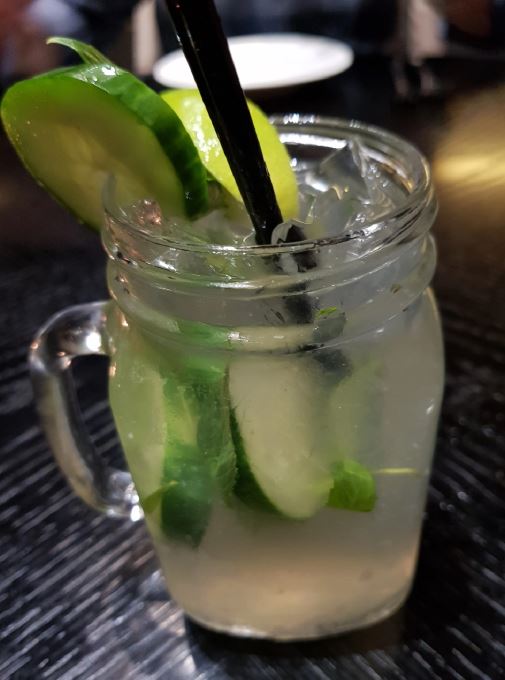 I asked the waiter about the size of the starters and he said that they were about 200 grams each, which I thought was a strange way of describing them. He said that if we ordered arancini, we’d get just three arancini balls and three prawns, and he seemed to be recommending the tacos, so we decided to share the chicken and avocado tacos to start. In my head I imagined soft tacos with lovely slices of green avocado, crispy chicken, and some kind of mayo. What we actually received were 3 crispy tacos with a sandwich style filling, a few diced mango pieces on top, and a lettuce leaf with some further filling. They tasted
okay, but the mango wasn’t really enough to come through, and they could have looked so much more appealing. I also asked the waiter if there were any specials, but he said no, the menu was brand new, and that’s all that was available. 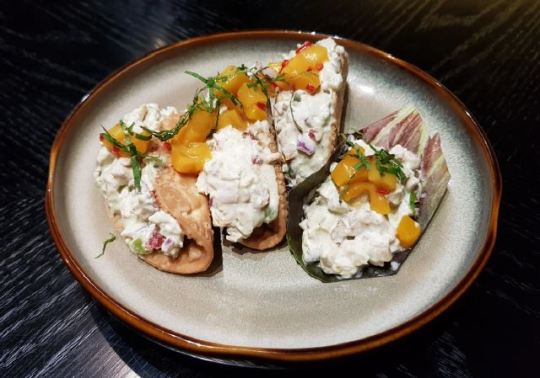 Nicole came back and asked me how I was enjoying my cocktail. I said that it was a bit odd, and she very helpfully asked if I would like to try a strawberry daiquiri style mocktail instead. I said yes that sounded much better, so she disappeared and then came back and offered me a virgin mojito instead, so I settled for that. When it came up it was much better than the previous cucumber water style effort, although I am not sure if it was very mojito-ey. 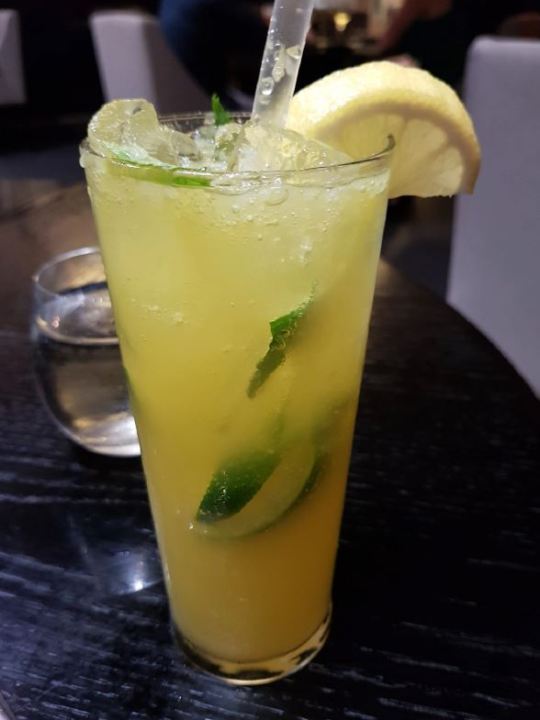 The choice of large plates was equally as dull as the small plates. The waiter told us that the macadamia crusted schnitzel was a very popular option (not my idea of fine dining), but he also advised us to order side dishes because he said that there weren’t many vegetables with the mains. Other options were barramundi, salmon, sirloin steak, lamb rack, mushroom fettucine plus a veggie tian option. My partner chose the barramundi and I chose the sirloin. At this stage I was regretting that we didn’t walk out after first seeing the
menu.
When the mains arrived they were beautifully presented and very tasty. My steak was cooked well, it came with some nicely presented carrots, some charred onions, a fondant potato, and a mushroom puree. As instructed, we also ordered a side of sauteed vegetables which was a nice selection, cooked well. 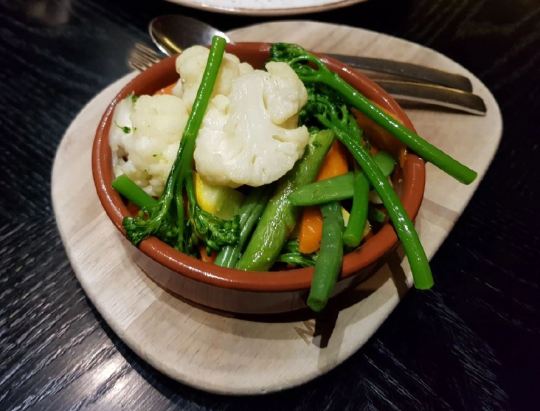 The barramundi was again nicely cooked, tasted good and came with a cumin spiced potato galette the cumin was not detectable), a nice snow pea salad, braised fennel, and a quenelle of preserved lemon and pesto. 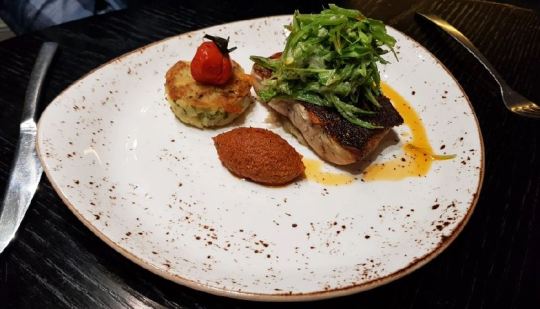 The mains were tasty, and well prepared, but not amazing. There was nothing to give them a wow factor, and I am glad that I had 25% discount voucher. We looked at the dessert menu and chose not try the lemon tart, orange honey parfait or the coffee creme brulee.
It was an odd meal and Nicole the waitress did a great job of trying to make everything as good as it could be, but I can’t say that it was memorable, and I won’t go back. It was okay, just boring, very limited, and not the standard that I expected for a restaurant that is claiming serve ‘beautifully crafted’ food.