Union Kitchen is located at Mindarie Marina next to the Boat pub, and is on the site of the old Waterfront cafe.
We visited on Christmas Eve for tea and cake and loved the muffins, so we decided to return for breakfast.
I chose the vanilla coconut chia trifle which was a very pleasant surprise. Each spoonful revealed more yumminess from the top layer of granola and yoghurt, through the berry compote and down to the depths of the soft chia. It was accompanied with a fresh fruit salad and ticked all of the healthy boxes for me. 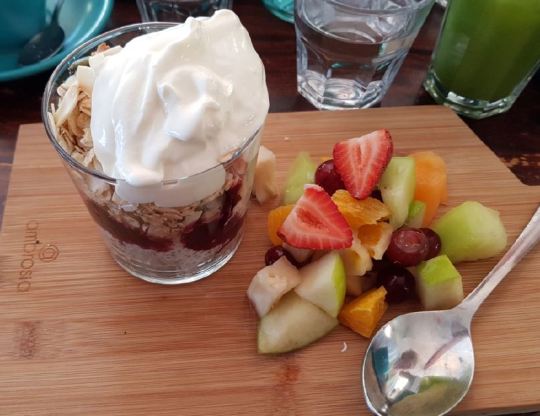 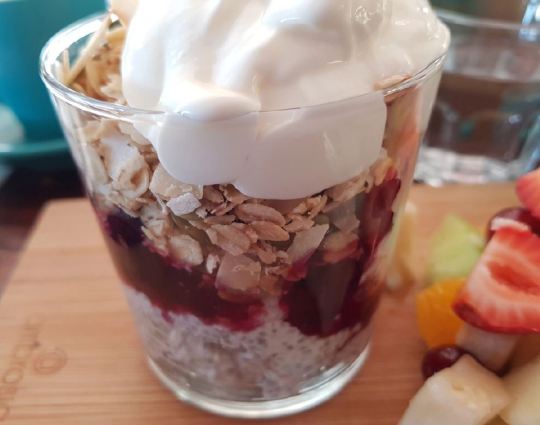 I also ordered a detox green juice with apple, cucumber, lemon and kiwi. It was very refreshing and tasty. 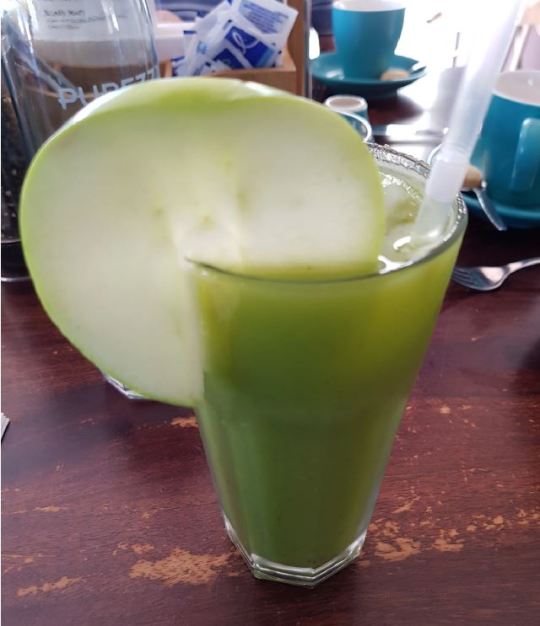 One companion ordered the poached eggs on granary with a side of bacon. Simple but delicious and prepared with care. 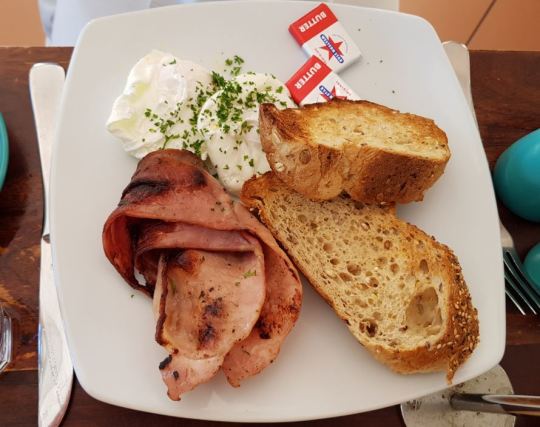 My other companions ordered the blueberry buttermilk pancakes which arrived with lots of squirty cream and a blueberry and banana compote. The pancakes also had blueberries in the batter, and started off quite promising, but as each mouthful was consumed they became a little sickly and we ended up with two unfinished plates. It would have been better to contrast the pancakes with something less sweet, or to just reduce the overall amount of sugar. Maybe a lemon yoghurt instead of cream would have helped. 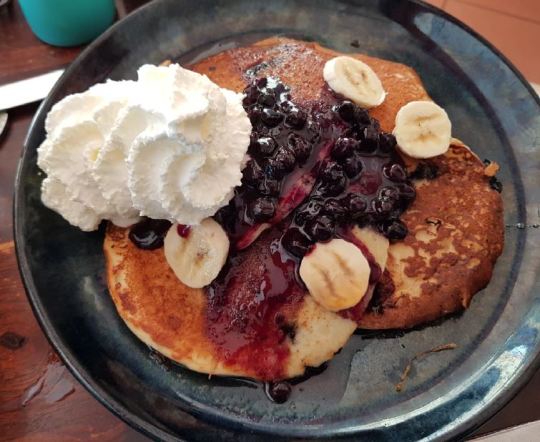 Tea was well presented with nice pots and all of the usual paraphernalia, and a little complimentary biscuit: 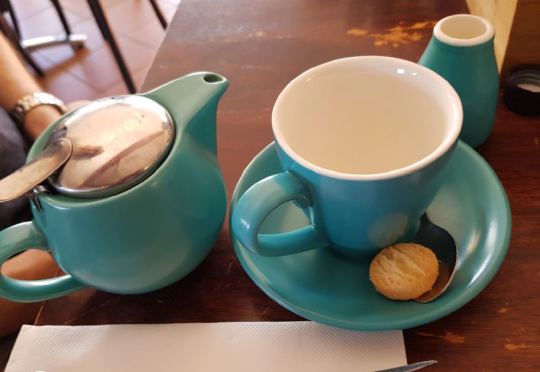 So what was the verdict on Union Kitchen ? It’s a great cafe in a wonderful location, the pancakes were good, but too sweet, and everything else was satisfactory. Definitely worth a visit.