Matilda Bay Restaurant is right on the Swan River. It’s a popular area for families with many people jogging, walking dogs and picnicking in the vicinity. The view from the restaurant is lovely – yachts and ducks, with King’s Park and Mounts Bay Road as a backdrop.

The thing that immediately struck me was that the service was haphazard. The waitress showed us to our table, only to decide that it wasn’t as expected, and ushered us to an alternative table. We then waited for 20 minutes before being offered a drink. I chose a mocktail (I chose the only one that was compatible with my food intolerances), and my companion chose a mocktail too, explaining that we would not be drinking alcohol. The drinks were nice and well-presented, but the waiter insisted on trying to sell us some wine despite our earlier conversation about not drinking alcohol. 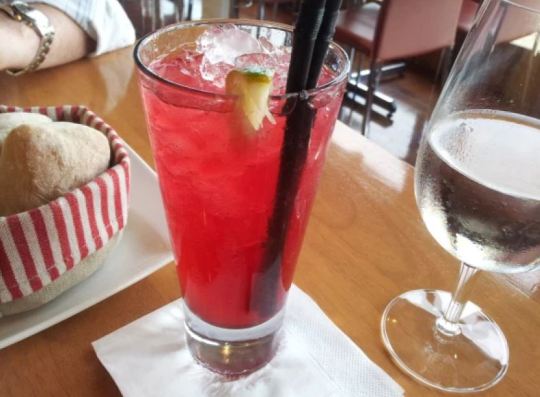 When the bread arrived, it was accompanied by butter, which I cannot eat, so I asked for some olive oil instead. Two waiters told me that the olive oil was on it’s way, but it didn’t arrive until I reminded them again, and 20 minutes later, my bread was cold.
The starters, however, were very good.

I had kingfish sashimi with squid noodle salad: 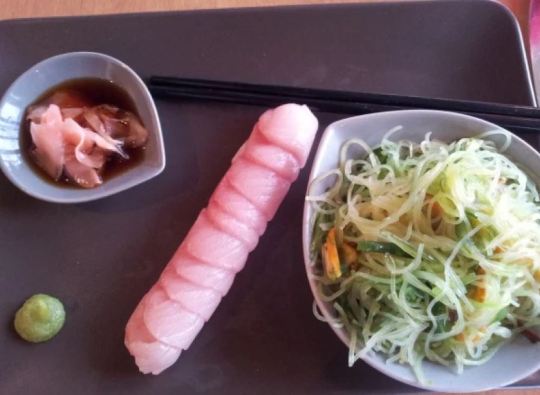 My only minor criticism was that there was a bit much of the squid noodle salad. The wasabi was lovely and hot, and the kingfish very fresh.
My companion chose prawns in a chick pea crust with a tomato salad and a spicy aioli: 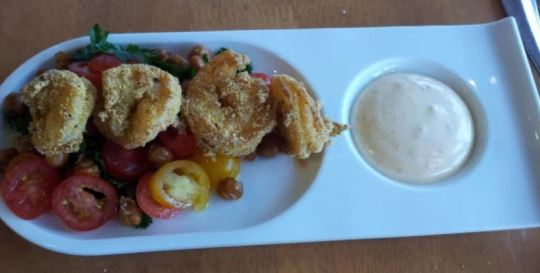 The prawns could have been a bit larger, but overall it was a very pleasant dish. For main course I chose a trio of seafood – prawns, marron and crayfish: 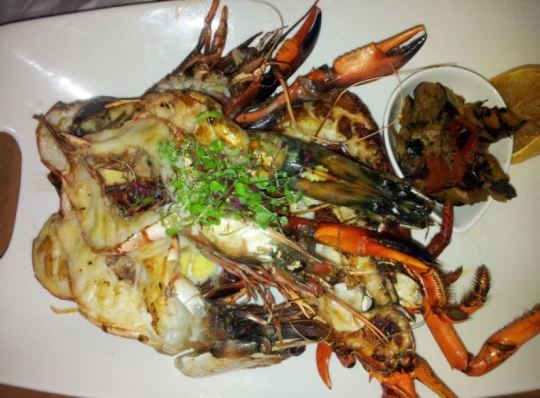 Both main courses were overcooked to some degree. The steak should have been medium rare, but it was more like medium to well done.
The seafood was varied – the prawns were perfect, the marron was nice but not amazing, and the crayfish was overcooked. Such a shame because the cray should have been the star of the dish, and it was a real disappointment.
Matilda Bay need to step up their game if they want my custom again. I am so glad that we had an Entertainment Book Card which gave us 25% discount. I would not have been happy to spend $200 on this meal. The service could be much better, and the chefs need to pay a bit more attention – cooking seafood and steak is not difficult.

Grab A Yabby is a hip and happening seafood bar on Beaufort Street, just at the back of block of shops near the IGA. Bright and airy, the menu consists of mainly seafood, but also some steak and ribs options. Our waitress, Rory was a delight – she made us feel welcome and explained the menu in detail to us.
When you sit you are presented with various helpful options for your meal, which can be a messy affair (not advisable to wear your best frock or a white shirt!). You get a plastic bib, napkins, and disposable gloves. Seafood comes with a mallet to crack open the shells and a knife to dig out the flesh, and of course a bowl for the waste shells etc.
We chose a Marlborough Sauvignon Blanc to drink – a very nice drop indeed, with great fruit on the nose and very reasonably priced. 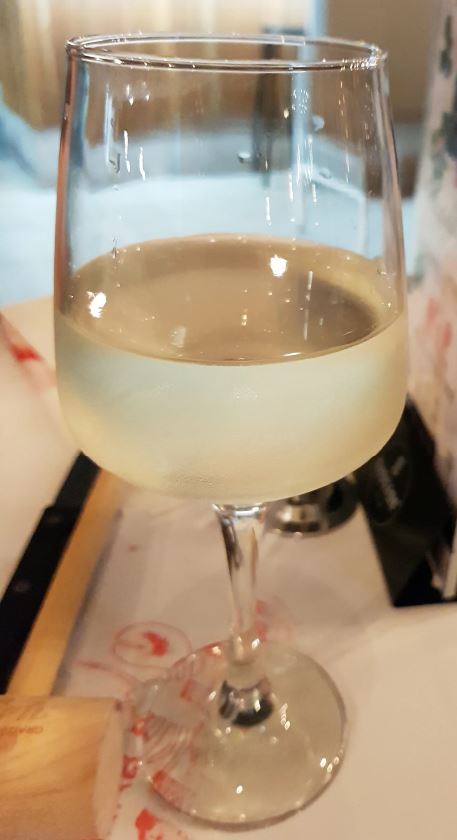 To start we chose the signature soft shell crab sliders, and to be honest, I could have eaten a whole plate of them – they were outstanding. Crispy soft shell crab, mayo, lettuce all in a cute brioche bun. Yum. 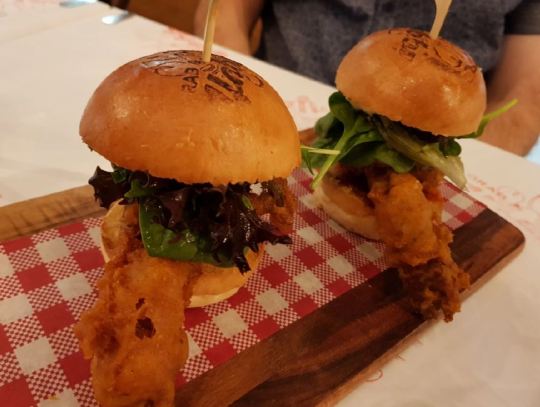 For mains we selected a combo – the freshwater crayfish combo – 1lb (about half a kilo) of crawfish and yabbies in our chosen sauce which was XO – a classic Asian sauce of shallots, lemongrass, dried shrimps and scallops. This was served in a bag which was a great idea for ensuring that the shellfish were coated in the sauce, and the bag contained potato and sweetcorn. We also received a pot of rice which was lovely with the sauce drizzled over the top. It was messy fun peeling and extracting the fish meat from the crustaceans, and the staff were readily on hand to give yabby peeling lessons. Once we got into using the mallet, a few pieces of shellfish did go flying, but it was all good delicious fun. Everything was wonderfully fresh and tasty. I really would have loved some bread to soak up the rest of that lovely sauce. 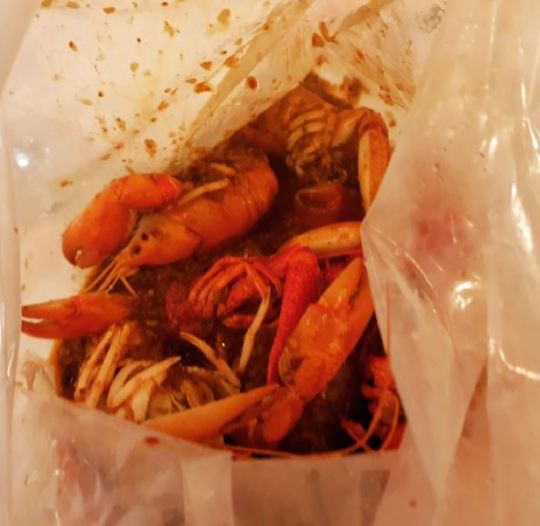 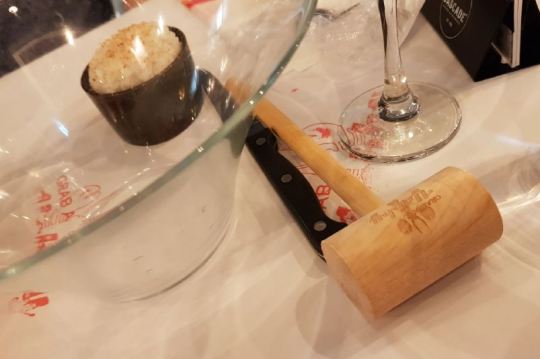 We also chose a rack of pork ribs which was beautifully presented and served with chips and a lovely little watermelon salad. After finishing the seafood and washing our hands (there is a convenient wash station with soap and paper towels), we disrobed our bibs and moved across the table to the less messy side to eat the ribs.

The meat on the ribs was succulent and they were well flavoured. The chips were top quality too. If I had one criticism it was that the rib meat didn’t fall apart from the bone and another 30-60 minutes cooking would have made all of the difference, the coating was also a bit on the salty side for me, but not unpleasantly so. At the end of the meal there was no room for dessert, and we went home with very full tummies.
I will definitely return and try some of the other seafood on offer. Grab A Yabby is ideal for groups, it’s fun and it’s good. Give it a try. 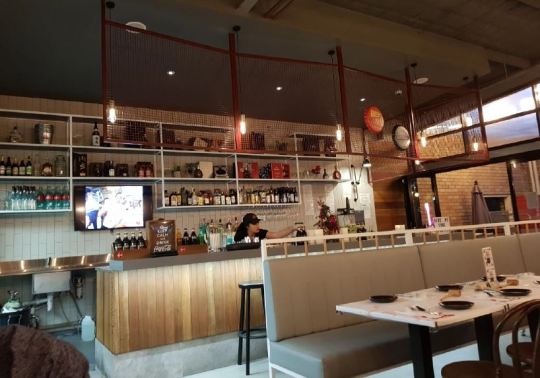 Fun thing to do, Restaurant review